Edit
watch 04:03
Wiki Targeted (Games)
Do you like this video?
Play Sound

Another Crazed Mage is a quest available in Divinity: Original Sin.

This quest is obtained in The Black Cove, when entering one of two rooms immediately after defeating the Source Abomination. A dialogue will automatically be initiated with the ghost of a mage called Billeh Gahr. The entire room is rigged to explode if you take a single step. 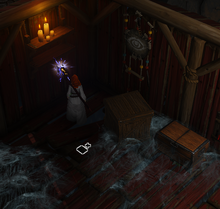 The button you must press to complete the quest 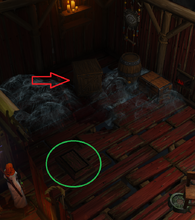 The trigger in green and the box you need to move with red arrow
Русский
Community content is available under CC-BY-SA unless otherwise noted.
Advertisement