Edit
watch 02:52
Roblox: DeepWoken - The Loop
Do you like this video?
Play Sound

The game takes place in Rivellon: a land that is slowly being torn apart by civil unrest, hatred, war, greed and several other melancholic happenings. These events point towards the possibility that dormant dark forces are once again attempting to surface. With potential doom on the rise and Rivellon in pieces, there is only one hope of saving the land from being consumed by Chaos: the discovery and ceremonial dubbing of the divine saviour of the Seven Races.

Character Creation is a straightforward process in Divine Divinity. You begin with selecting either Male or Female and one of the three classes: Warrior, Mage, and Survivor. Each character has their own biography and voice line. The player can choose a name, change the portrait and edit the skills.

There are six statistics in the game: 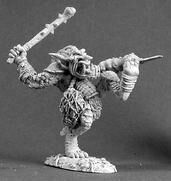