Edit
watch 04:03
Wiki Targeted (Games)
Do you like this video?
Play Sound

Follow The Wizard is a quest in Divinity: Original Sin. This quest is acquired when speaking to Icara at the Homestead after you have created the Death Knight Bane Skillbook at the end of Infiltrating The Immaculates. The quest involves tracking down a powerful wizard in Hunter's Edge for a chance to stop Leandra. You don't have to finish Eternal Winter to receive this quest as there is a bug (v1.0.252) that allows you to pass the poisonous log without Icara's ring or the amulet from the wizard's house (see the Bugs section for more info). There is a companion quest, The Hunt in Hunter's Edge, that will need to be partially completed to finish this quest. Jahan's companion quest is also resolved during the course of this quest. 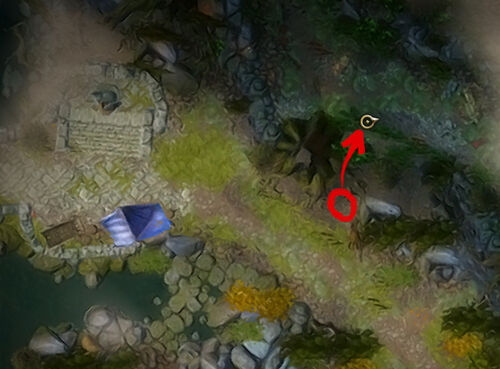