With the game's Random Number Generation based loot, it is possible to save just before opening certain chests, trading with certain merchants or even before killing bosses, giving you an unlimited number of chances to find legendary items from them. 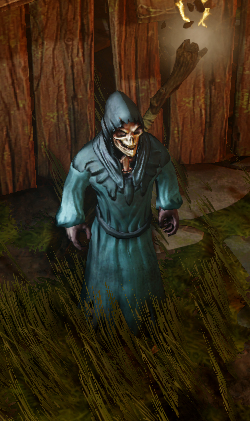 Several merchants throughout the game sell legendary items. If you have plenty of gold or are able to pickpocket them, it is a good idea to save before trading with them. Reloading the save and initiating the trade again will spawn a new legendary item. Their inventory seems to restock when you gain a level but also every few hours in-game, so you may want to try checking them once when you level up, and once again before leveling up. If you are a relatively slow player and take your time, you can easily get two restocks per level.

It also appears that you must be a certain level or have progressed to a certain point in the game in order for these merchants to sell legendaries. Evelyn, Loic, Captain Curtius, Hortun had only non-magical items available for purchase at levels 2 and 3, upgraded to selling greens at level 4, and only began selling legendaries at level 5. Furthermore, they seem to sell items with item level around your party level (+-1 of your party level), always.

Merchants that sell legendary items include:

Merchants that sell unique items, some of the good uniques appear in higher levels though so keep visiting them:

Several chests in the game have a chance to drop a legendary item. Save before opening them and reload the save if you didn't get one for another chance.

*I call shenanigans on the chests. Save scumming doesn't work. The only time I have ever had different loot is when reloading an old save from before I entered the zone.

Pretty much every boss or miniboss in the game drops legendary loot. The best strategy is to save right before the killing blow to make farming a lot easier.

Retrieved from "https://divinity.fandom.com/wiki/Legendary_Items_Farm_(Divinity:_Original_Sin)?oldid=50200"
Community content is available under CC-BY-SA unless otherwise noted.