watch 04:21
Wiki Targeted (Games)
Do you like this video?
Play Sound

Legionnaires at the Church, (renamed Expedition Church in the Definitive Edition) is a quest available in Divinity: Original Sin.

Aureus, the watch commander, dispatched a unit of guards to the old church of Cyseal, but he has not heard from them since. He asks you to look into the matter. 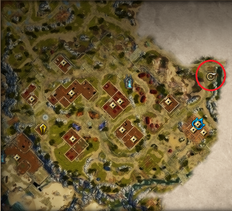 Retrieved from "https://divinity.fandom.com/wiki/Legionnaires_At_The_Church?oldid=67848"
Community content is available under CC-BY-SA unless otherwise noted.