Start a Wiki
watch 02:38
The Loop (Games)
Do you like this video?
Ego Draconis

Maxos' Temple is a dungeon in Broken Valley.

It was once under control of the powerful mage Maxos.

It is a temple full of challenging puzzles and tricky mind games. The first of which is to get the main door open by 'using' an Urn to the right of the pedestal, nearest the door. From here the temple consists of 3 areas.

The first puzzle room contains three main puzzle rooms and one portal to enter the next set of rooms. Each room contains specific actions to open the portal in the main room and summons monsters after each completed room.

The second floor puzzle room contains four main rooms, each with ghosts that spawn to try and kill you every time you enter.

In the north-west and south-east rooms there is a pressure plate mounted on the wall you can press to open a secret room with a lever, you must pull both levers to open the door to progress.

Locations of both pressure plates

Second pressure plate
Add a photo to this gallery 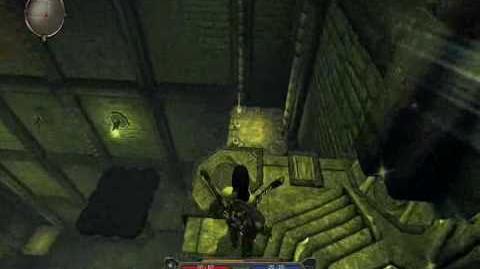 Maxos' Temple Platform Room
Add a photo to this gallery

Retrieved from "https://divinity.fandom.com/wiki/Maxos_Temple?oldid=55176"
Community content is available under CC-BY-SA unless otherwise noted.