The Chest by the Well

The Chest by the Well is a treasure chest in Divinity: Original Sin. The chest is located just to the west of the well in Hiberheim, directly north of Haizea from The Captives in the Crystals. The chest contains a Royal Guard Talisman which can be used to obtain the Winter Ring 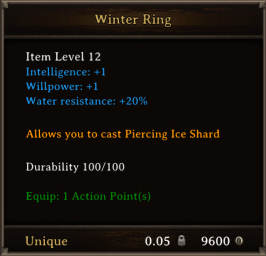 Retrieved from "https://divinity.fandom.com/wiki/The_Chest_by_the_Well?oldid=50348"
Community content is available under CC-BY-SA unless otherwise noted.